Trajectory: This muscular meridian starts on the thumb and goes centripetal to the wrist. From there this TMM runs lateral to the radial artery and connects at the elbow. From there it goes upwards and connects again with the clavicle. Internally we find relations with the diaphragm and the lower ribs.

Movement: The classical Lung TMM movement is quite similar to the hitchhiker thumb in direction to the lateral aspect of the shoulder.

Trajectory: This muscular meridian starts on the index finger runs centripetal to the wrist. From there it runs to the elbow large intestine 15 and up to the shoulder. The TMM separates there one branch goes to the scapula and connects to the spine (Th1-Th5). The other branch runs up the neck and connects under the nose and the other branch runs up from the jaw following the masseter muscle up and down the same muscle on the other side.

Movement: The classical Large intestine TMM movement is like making a light forward spiral movement with a lateral direction following the index finger. 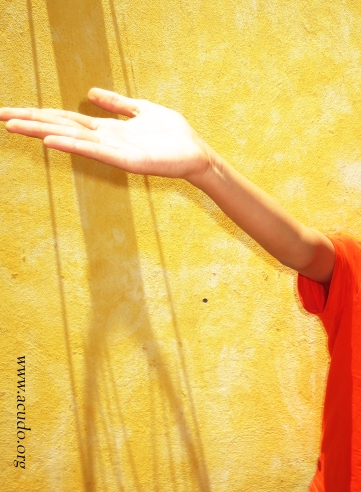