Bullying is a way to intimidate others. The way a person is intimidated might be everything from threat of violence, violence to putting a person in a situations that he does not consider confortable. Normally we use the word bulling when a person is emotionally, verbally or physically abused. The goal with bullying is to gain power over another person. If bulling is done by a group it is called mobbing. Bulling might happen any place.

2. Indirect bullying (Social aggression as a way to socially isolate the victim through gossiping and lies) 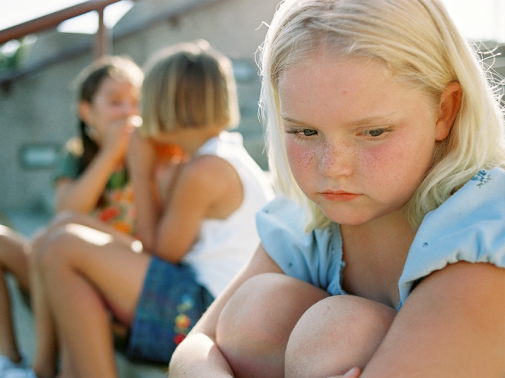 A bully are generally characterized as negative, poorly academically, trubble in resolving problems, negative beliefs about others, low self image, conflicts at home, and have experienced poor parenting. At the same time. Some bullyes are psychologically strong and have a hight position on the social ladder. In contrary to their traditional victims that are emotionally distressed and socially marginized. The bully tend to have an authoritarian personality and a need to dominate. A bully have the ability to make others belive that they repressent the bystanders. He creates an illusion of support, and thereby a fear about speaking up. With time the words of the bully sticks as a truth in the group and developes as the norm.

This course is not only for children. It is for everybody and to be used! You will learn how to detect bullying, how to stop bullying and how to treat a bully! SA divide the Bully SA course intotwo main parts. The first course is devided into three parts.

B1: Spot and Stop a Bully

B2: Bang and Slam a Bully

The second course Bully 2 focuses on Bully tactics and Bully strategy. The main focus goes to the bubble-, intensity – and level theory in bullying.

B4: The Bully bubble

B5: The Bully intensity